Change. There's been a awful lot this year, so it feels right that wishthimble gets its own fresh start. I hope you'll keep reading. Part two begins HERE now:
Posted by Frances at 10:25 AM No comments:

Baking is a cruel mistress 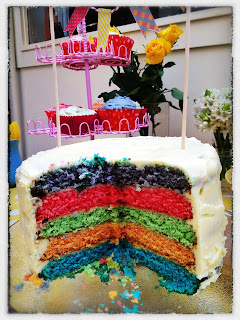 There was no way I was going to cry over a cake, but I'd be lying if I didn't admit that it came pretty close. More on that in a moment. After two days of solid baking for my niece's pre-wedding Afternoon Tea for 20, I have a new admiration for people who cook/bake and generally spend a lot of time in their kitchens cooking for the people they love. I also discovered the awful truth, that despite my many indignant protests over the years, I am indeed a Very Messy Cook. Whatevs. Last Thursday I got up a made the dough for the heart shaped thank you cookies that sat snuggly in their individual homemade boxes thanks to the Martha Stewart Scoreboard. Have you used that thing? Amazing. Next was a batch of pop-cakes. Not wild about them, but they looked great. Pastry casings for the savoury tarts (parmesan, basil, tomato). Friday was cupcakes, pork sausage rolls straight from What Katie Ate. Love that book. Have been pouring over it for days. A great blend of compelling photography, good writing and solid recipes. Later that afternoon I spontaneously decided to make a Rainbow Cake. You've probably seen them around - the five layers of different coloured sponges covered in a cream cheese frosting (with tiny bunting on top) and when you cut the cake, you get a pretty (some might say startling) piece of cake. It's not a demure cake. It's a LOOK AT ME, DAMIT IT cake. An attention seeking cake. The first four layers were fine, but I pulled out two layers just a fraction too early so while I was mentally congratulating myself on a job well done, the two cakes were quietly sinking, resulting in a pronounced slump. I tried to gently remove them from the tin (they were cold) and then one broke in half. Why I didn't just abandon the entire exercise right then is a mystery I'll never fully understand. Instead I went against the universally accepted baking Laws of Nature and PLOUGHED ON. Disaster. I was clearly deluded, probably due the large amounts of icing sugar I'd accidentally mainlining for the previous 24hours. As I forged on, stacking the cakes on top of each other, the slump turned into a one of those sink holes you sometimes see in a National Geographic magazine. Again with the delusion. Maybe I had to see the entire catastrophe before I accepted failure? I turned up Casey Chambers new CD and covered the entire mess with cream cheese frosting until I realised that NO AMOUNT OF ICING was ever going to the disaster within. Just to make sure, and probably out of some morbid curiosity, I cut the cake in half to check out the 'effect'. No rainbow people. It looked like a hippie threw up. I'm going to fast forward now, to me driving down the shops (swearing) with icing in my hair and crazy look in my eye - but I came back started all over again - with a great result. I don't know what any of this proves and I'm not going to over think it. All I know is that I made the freaking Rainbow Cake and people ate it, so I win.
Posted by Frances at 8:44 AM No comments: 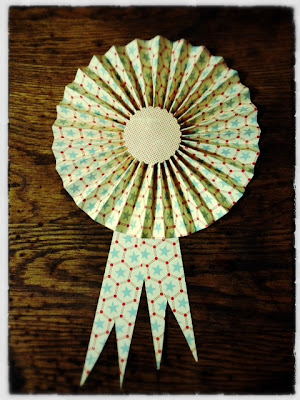 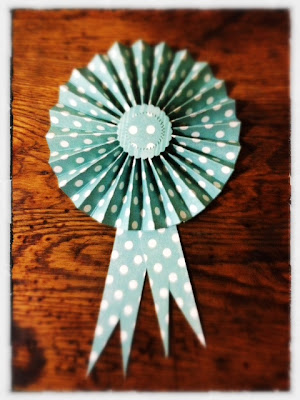 I'm making twenty of these paper rosettes for my niece's Wedding Tea Party. The first five were awful, but after a few hours of playing with different lengths of paper, I think I've finally sorted it out. I even managed to make one before I left for work this morning. Two down...
Posted by Frances at 10:27 AM No comments: 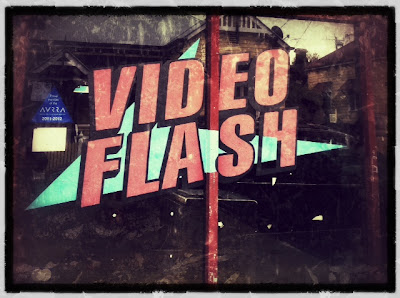 MY local video store closed down about three months ago. It went from a well-stocked shop that had everything from the staples — Love Actually, Citizen Kane, Private Benjamin to box sets and a reasonably good foreign film section where you could always find a copy of Wings of Desire or The Double Life of Véronique. But over the last six months, like so many video stores around the world, it endured a slow and painful death. Video killed the radio star, so now maybe it was time for revenge. Shelves started to thin out, ‘Latest Releases’ dwindled, and soon stock was for sale (followed by the actual shelving) until all that was left was a few copies of Demi Moore’s Striptease, ancient X-Box games and torn posters of The Royal Tanenbaums. The demise of the local video store, along with the milk bar, the manual typewriter and Polaroid cameras is inevitable and yes, downloading a movie is cheaper and more efficient, but watching a video at home always seemed to have more to do with chilling out than it did saving time. Then there was the ‘event renting’; moments in life when only renting a dvd would do: the hangover (Bridesmaids), Boxing Day (Raiders Of The Lost Ark), insomnia (any of the Bourne franchise), a scorching hot day (Jaws), nursing a broken heart (Breathless) and a rainy Sunday (Rebecca). Like trawling between shelves at a bookshop, there was something about cruising down to the video store, the inevitable bickering about which movie to get (‘‘We’ll never watch five movies in three days.’’), sniggering over the hilariously bad triple X titles, secretly hoping that all five copies of Batman Begins weren’t already out. An added bonus was catching up with the ‘Video Guy’, a particular breed who shares their DNA code with every other man or woman around the globe who has ever had the lucky job of working behind the counter. They were usually incredibly passionate about film and free with their assessments about whatever you happened to be watching, and if you were lucky enough to develop a rapport, they were just as astute as Margaret and David. The good ones never judged, they just cracked open the case with one hand, their face an unreadable mask, while they searched for the Twilight disc. There are still a few reliably good video stores around, staffed by those same guys (usually bearded) who have an encyclopaedic knowledge that could rival Leonard Maltin’s, but are definitely on the endangered list. A few weeks ago someone smashed in the front window of the closed shop near me, so now it looks like it belongs in one of those photo essays about abandoned buildings in Detroit. But then, one afternoon while I was walking past, a teenage girl in a twirly skirt, who looked like she should be on a cover of Frankie, stood posing in front of the window, the eighties style sign writing emblazed on the glass. Her boyfriend took a photo from across the road with his iPhone, probably suspecting this was their last chance.
Posted by Frances at 10:47 AM 1 comment:

Little House Down the Lane

I have only the vaguest memory of where this lovely house was. We were driving around England last year - somewhere near Penzance when this pretty house just appeared. I happened to be holding my camera at the time and managed to take a picture from the car window. Click. 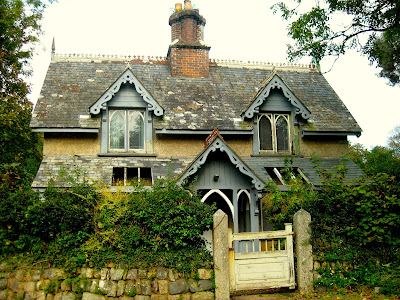 Posted by Frances at 9:29 PM No comments: 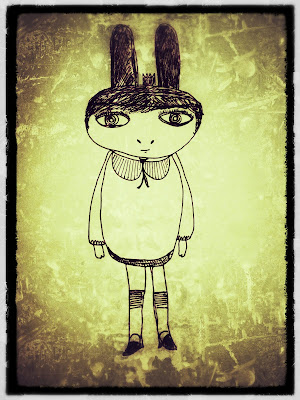 Somewhere along the way I stopped doing something I enjoyed because I cared too much about whether it was 'good' and what others might think. Not sure when or why I stopped caring so much, but over the last few weeks I've been drawing - a lot. I found Danny Gregory's blog, a great source of inspiration and ideas. His advice? Just draw. And so I am.
Posted by Frances at 9:48 PM 1 comment:

Easter was a short, sharp break but a welcome one. Finally got to see Grace Kelly:Style Icon. It's not a massive collection but to see some of key outfits from the 50s through to the 80s was great. There's even the Edith Head dress that Grace wore in the final scene of Rear Window along with bags, shoes and gorgeous sunglasses. The gallery was packed as we shuffled past a parade stunning evening gowns and floaty, sheer dresses.

The rest of the holiday was all family, dog walks on the beach, a bit of crochet and of course, chocolate... 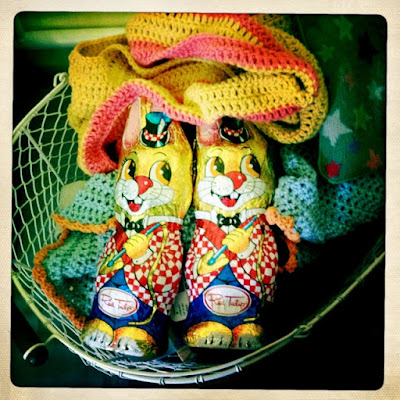 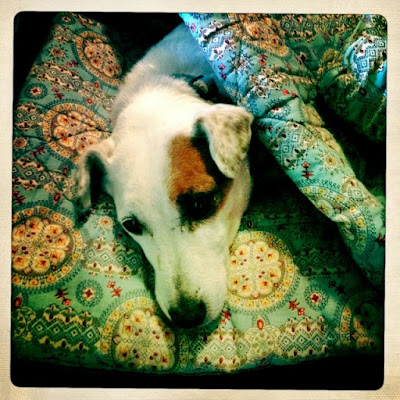 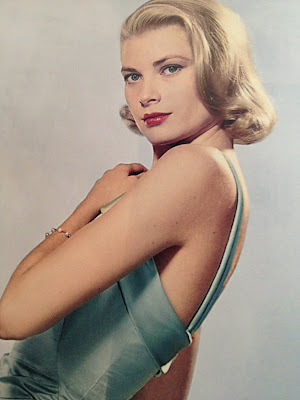 Posted by Frances at 9:45 AM No comments: 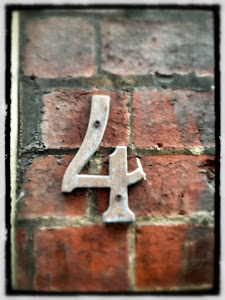 Take your time, look around - just me scribbling about books, film, travel, cooking and making stuff.